“I started using a Horner kit when I started my own business, basically because Cscape was free. Before that I tended to use A-B (shock). I’d first seen a Horner OCS250 when I got sent to Russia to troubleshoot a small Canadian built incinerator around 2004. That was when I found I could download Cscape and access the coding. First job I did as an independent I used OCS300 and then a QX651(still have a spare bench one of those). So I basically ended up using Horner as a first choice because you get familiar with the programming and quirks of the kit.

I have ZXs on clinical waste incinerators in the UK 7 years 24/7 no failures. Smartrail I-O. XL4s with SmartMod on agricultural straw boilers in leaky unheated sheds, no failures and XL7’s running flue gas treatment plants and woodchip boilers again no failures. My customers love them. The XL7 is more capable than Micrologix and will compete on scan speed etc. with the Compactlogix.

The longest running ZXs are controlling the medical waste incinerators at a big hospital in Cambridge. Subsequently I changed the old flue gas filter cleaning controllers (custom reverse pulse boards) for a pair of interconnected XL7s to give more flexible cleaning control on the same plant.

Next year I hope to design a waste pyrolyser for a company in NM whom I have persuaded to abandon the A-B on their current UK built unit in favour of Horner. I usually deal with Don Hurley and the guys in Cork rather than the U.S. office.” 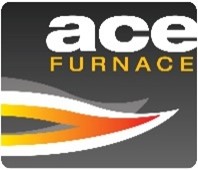